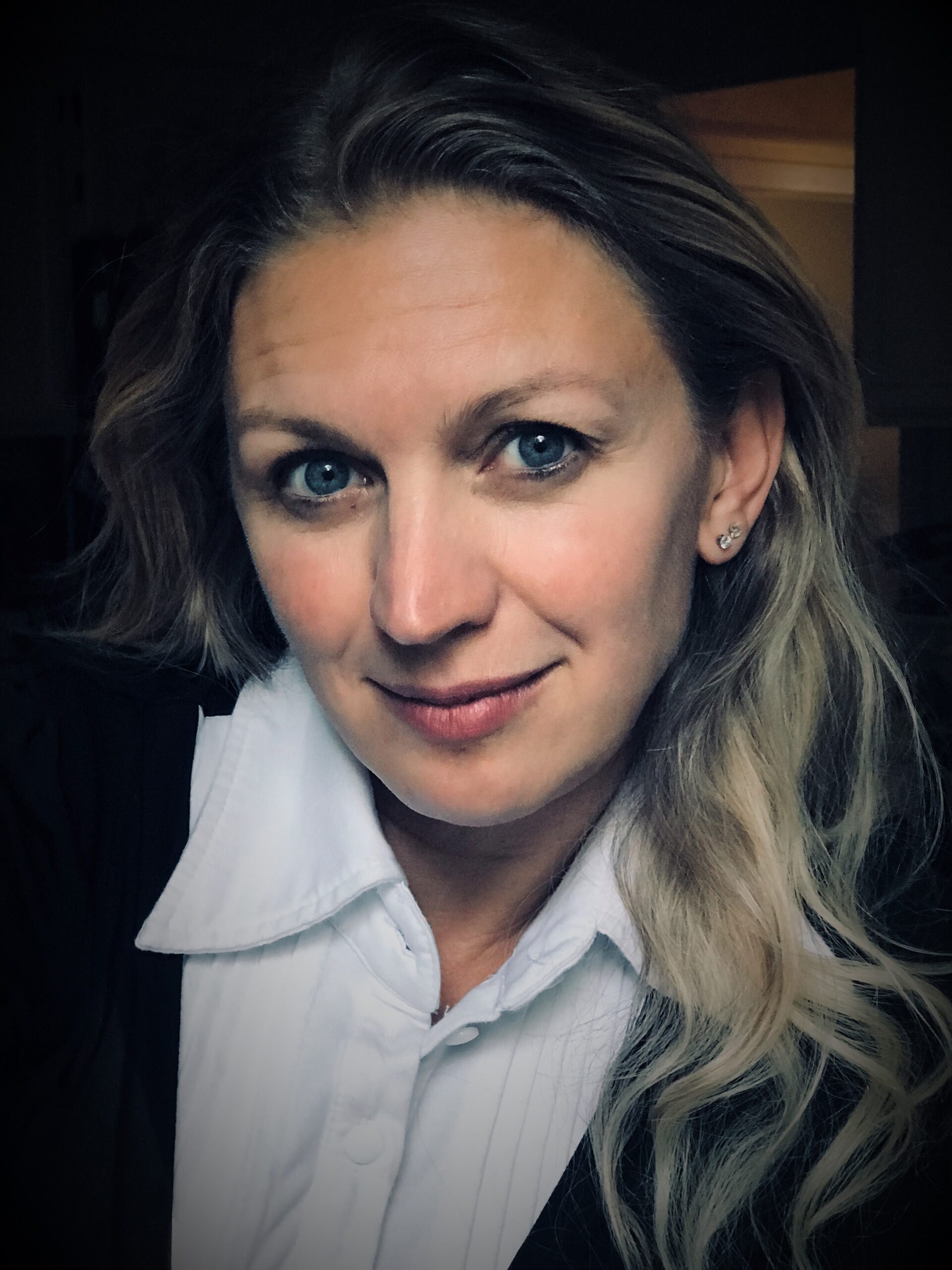 Sharon Doering lives in the Chicago area with her husband, Marc, their three kids, and a peculiarly civilized dog, Indy.

In her other life, she was a science professor (Columbia College Chicago), a biotech stock analyst (Madison Securities no longer exists), and a xenotransplantation researcher (Ward Building, NWU, Chicago Ave). She has also been a good waitress, a mediocre bartender, and a terrible maid.

Sharon is working on her next novel.

I grew up in the Chicago suburbs, the daughter of a night-shift nurse and a civil engineer (according to Dad, this is the worst variety of engineer; Do Not be this type). Dad read National Geographic and the Sunday paper, but there wasn’t much fiction in the house.

As a kid, I never considered writing fiction. I was a dopey child and simply didn’t understand that was something I could do. I never took a creative writing class, and high school was all lit analysis of the oldies.

I went to the University of Illinois and studied anthropology because I was interested in people’s perceptions — their differences and similarities. I lived in the Dominican Republic for a stint, realized, Oh, God, No, you do not have the personality required to integrate cross-culturally. I pivoted to chemistry and biology, enjoying science for its systematic nature, harsh truths, and raw beauty.

Earned my master’s degree in biotechnology from Northwestern University. Worked in a lab. Worked in biotech stock analysis, but — it was the 90s, the VP had signed playboy magazines framed in his office and was high on coke — the environment wore on me.

The one part of my biotech stock job that I loved — the writing. I had a blast writing quarterly reports on the stocks I covered. My boss, Jeff, was a nice guy. Jeff would roll his eyes, laugh, and say, “You can’t write this.” He would edit out my voice, making my reports more to the point, dry. That’s when it first dawned on me. Writing!

I’m slow. Obviously. But, hey, that’s OK because the slow scenic route can be a gorgeous drive. (At least this is what I tell myself when I think of my student loans).

I wrote my first short story at 23, sitting at the kitchen table of my studio apartment (cockroaches and hairy centipedes scurrying in the corners; empty coke cans abound). I wrote through the night, magic tickling my brain, thinking, This, Oh my God, I love this.

I have been writing ever since. And reading. Not every day, but most days. I married my love, taught science classes for twenty years at Columbia College Chicago, had three kids, but all the while, always writing, always reading.

I wrote a horror novel, tossed it. Romance novel, tossed it. Wrote a PI novel, sent it to a couple of agents, got a couple of encouraging rejections. Wrote a biotech thriller, got an agent. Wrote two more biotech thrillers because I figured there were so many writers with superior vocabularies and more writing experience, my science background was the only thing that could set me apart.

Over the phone, an editor who kinda liked one of my tech thrillers asked me, “What are you reading?”

“Why aren’t you writing that?”

I wrote a psychological thriller, and an editor offered a contract.

It took me a while to get here. I wish I would have gotten here sooner, been less dopey as a child, less fickle, something. Still, sometimes, man, that slow, meandering route–the one where you get lost, swerve off the road to avoid hitting an armadillo, and then have to push your car out of a ditch–that route is kind of fun too.